An event took place in Budapest organized by Aquincum Museum for First Time after many decades big number of Roman soldiers (half centuria) gathers in reenactment event. 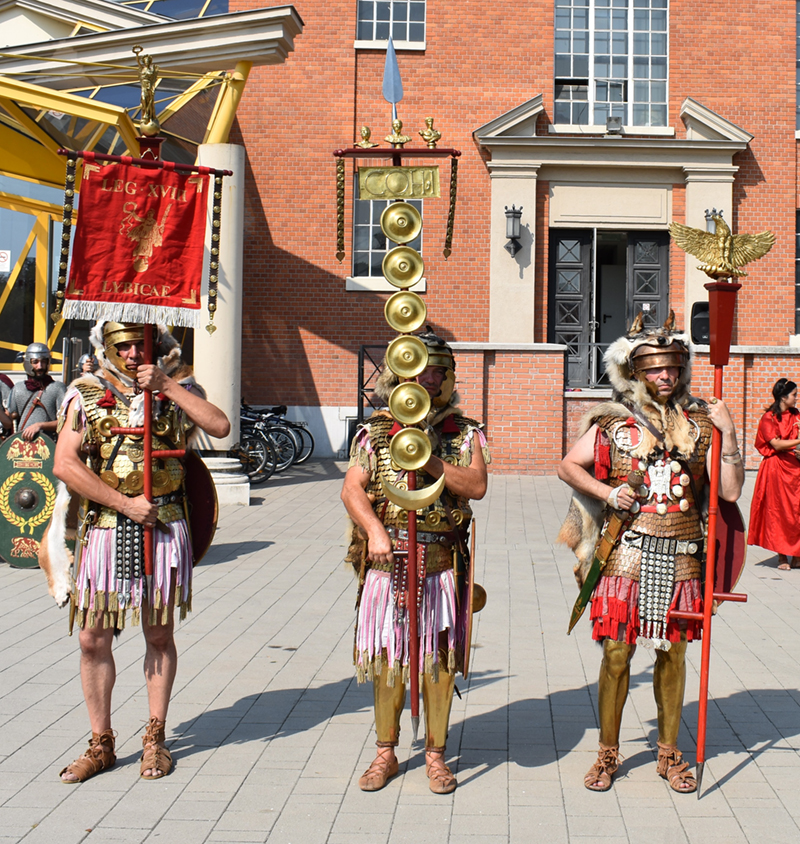 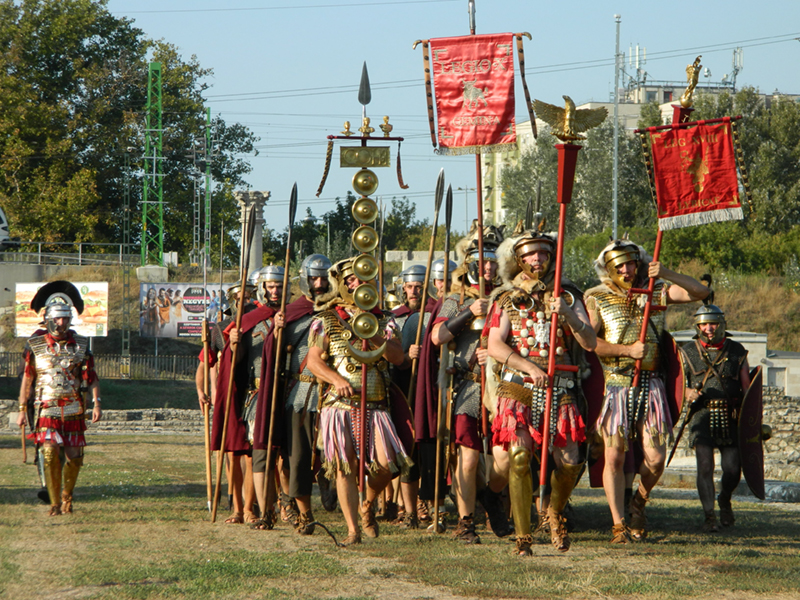 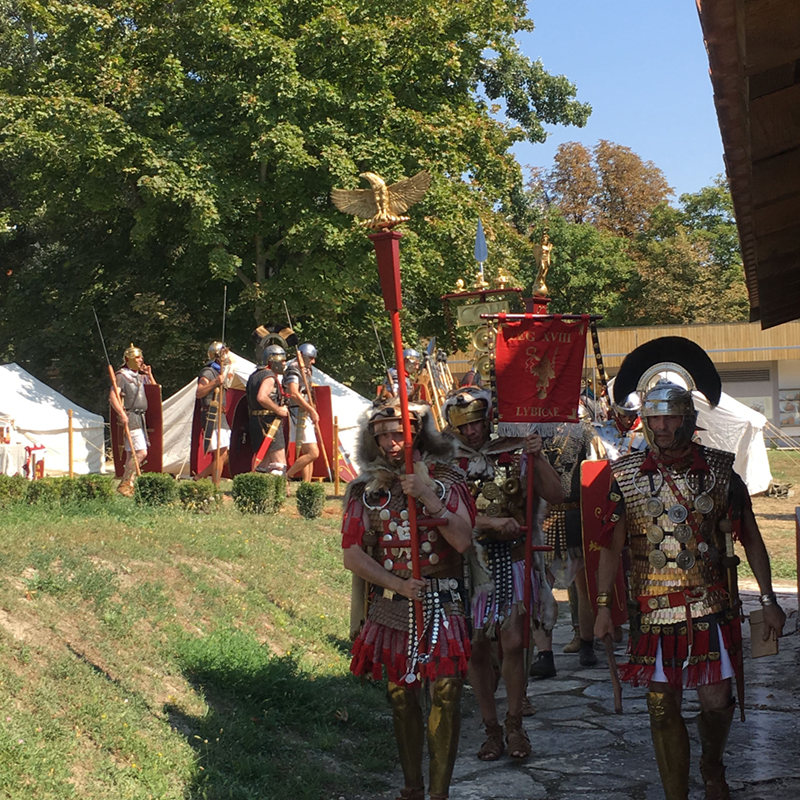 We from Scythia Minor were guests participating with LEGIO XVIII LYBICAE. As a host of the event was Roman Club LEGIO X GEMINA –Pannonia from Hungary .We participate for the first time in this remarkable archaeological park. For us this invitation is a sign of confidence in what we are doing in order to recreate the history of Roman Antique. Our colleagues in Hungary knew that we will not mislead them. This wаs an event where we demonstrated warfare and equipment, lifestyle and handicrafts of the Romans. It's was an honor for us to become part of this future Festival establishment.
For this special participation we have become a legionnaire from our new LEGIO XVIII LYBICAE. 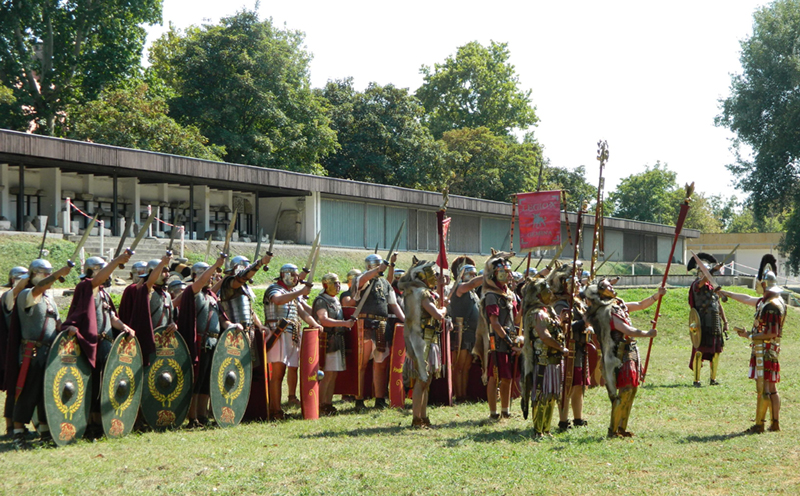 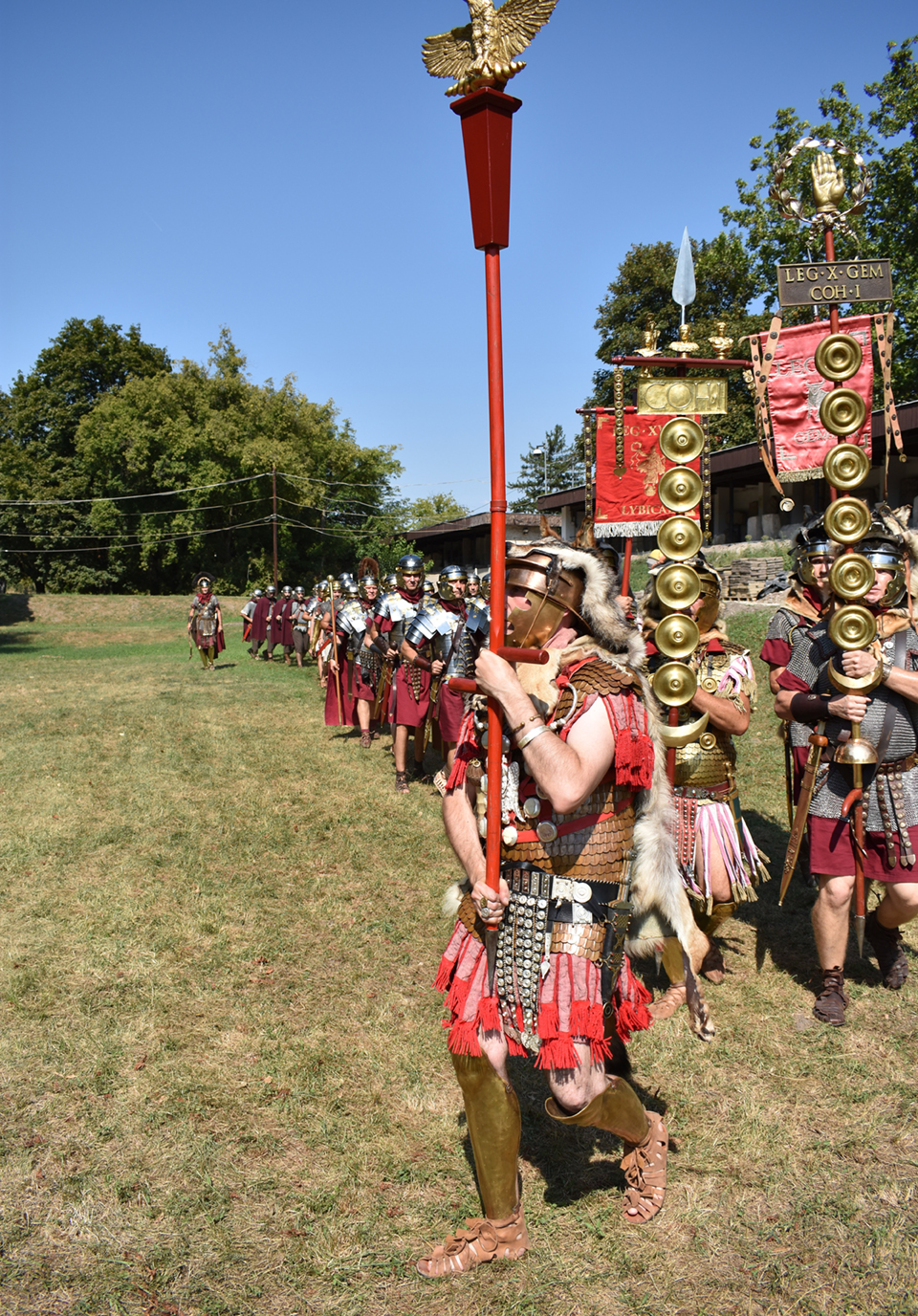 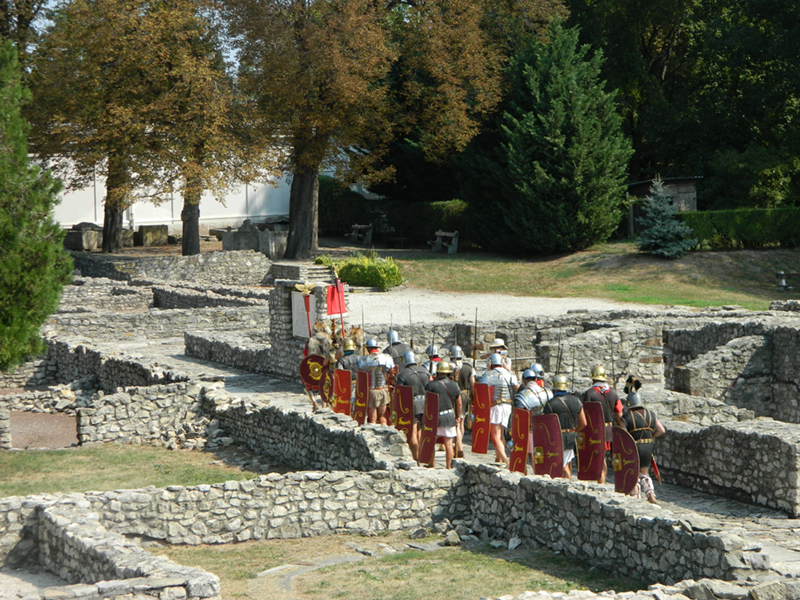 We join the event with international team, and it was a great honor for us to participate with the experienced and well-equipped colleagues from neighboring Romania BATAVORUM. 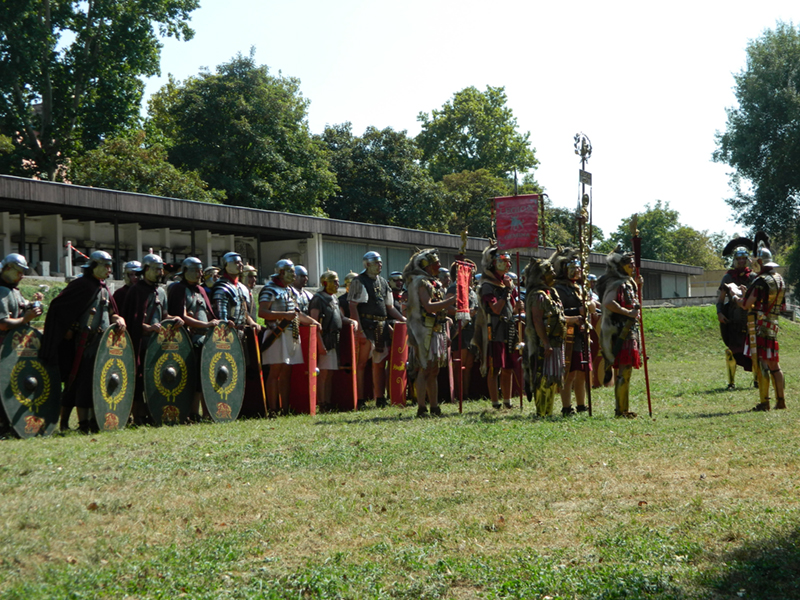 From Ukraine Odessa the club of Dennis Serdichenko, a colleague with very good achievements in the Roman reenactment. Oleg Evpak from Ukraine Bila Tserkva. 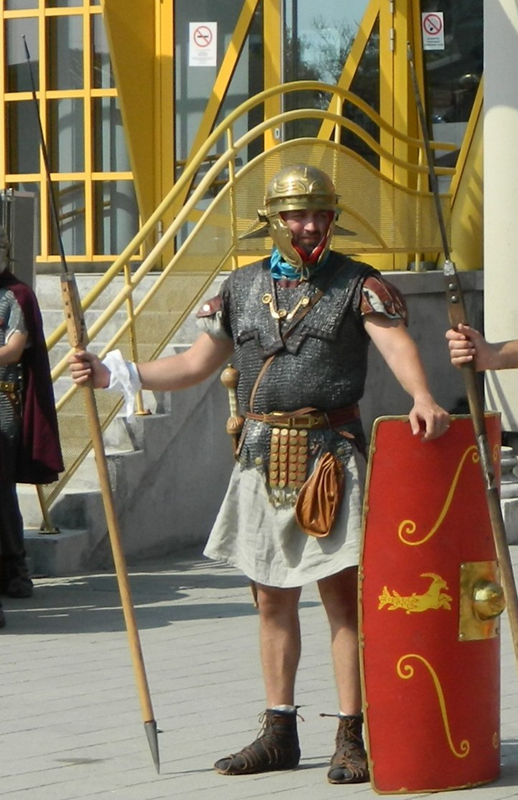 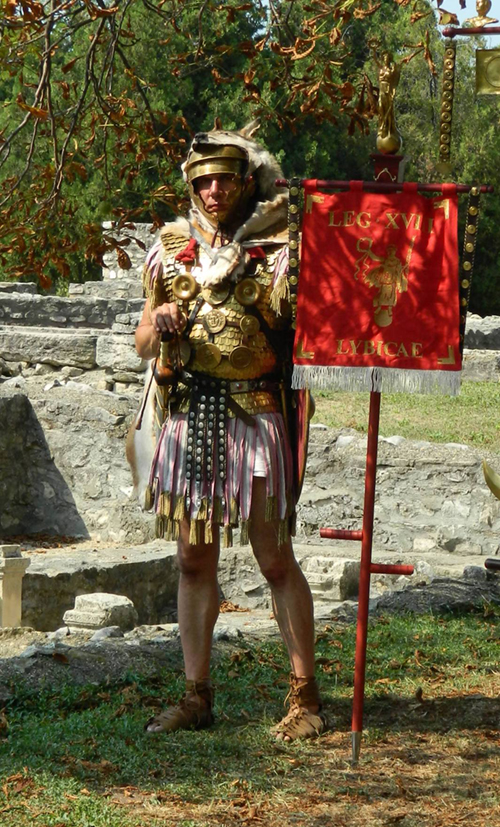 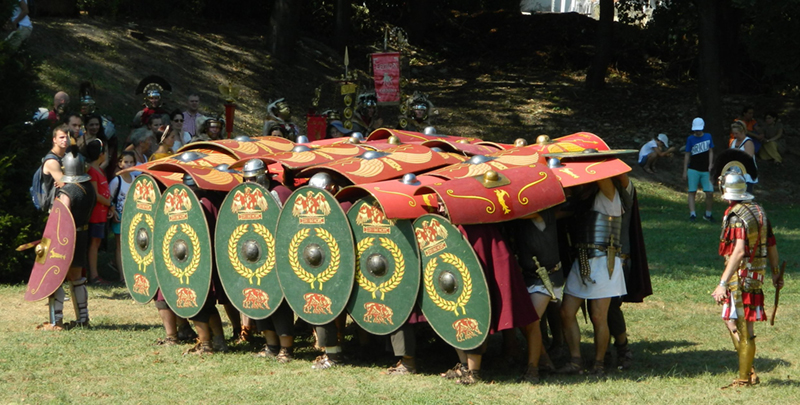 Our colleagues from Germany, Slovenia and other parts of Hungary have come to appreciate us and share our success and comment on equipment and future opportunities for cooperative work. 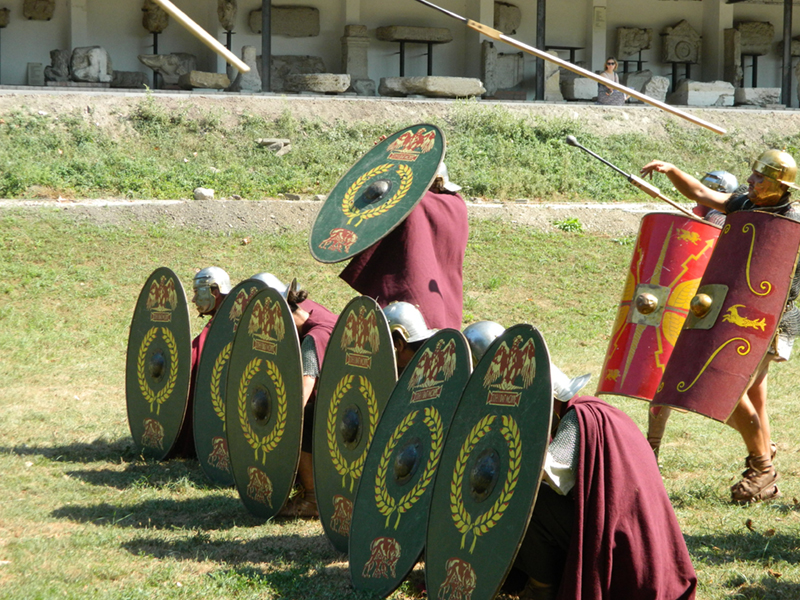 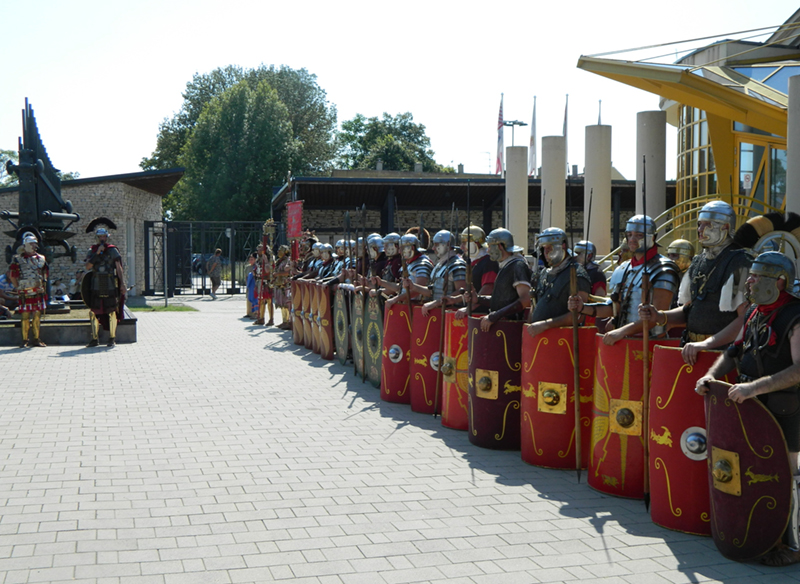 Trainings and rehearsals under the hot sun in the middle of the day. The historian Flavius Josephus has written " Their exercises are unbloody battles, and their battles bloody exercises." Nothing bother these boys! Neither the heat in the day, nor the heavy rain in the evening. 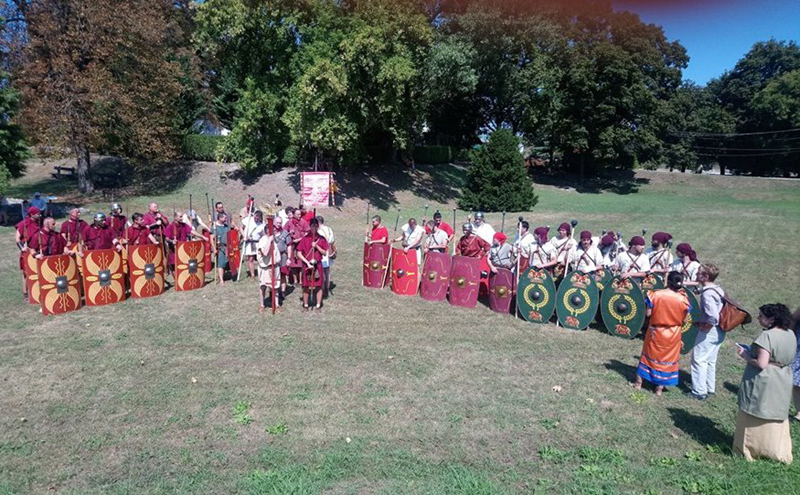 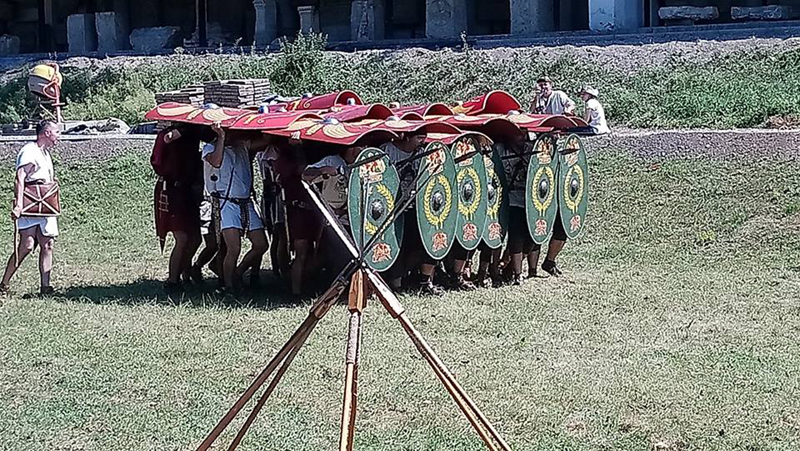 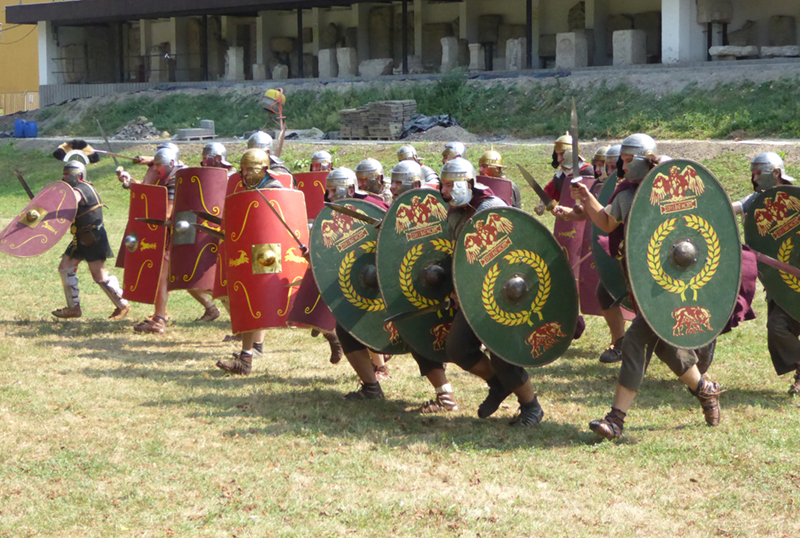 Once again, we have proved that only in a international team of well equipped re-enacting colleagues we can show together the quality of Roman military history.
Our camp, including 5 big contubernia tents.