Gallus' campaign.
As a consequence of the First Jewish–Roman War (66–73 CE).

This year is rich of anniversaries that deserve to be marked with historical reenactment events and behold, here we rebound on the other end of the Roman Empire Judaea! 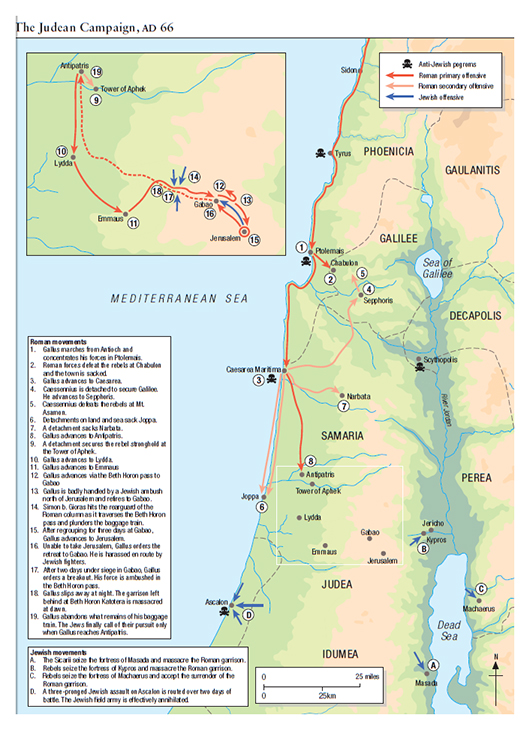 In response to the unrest in Judaea, Cestius Gallus, the legate of Syria, assembled the Syrian legion XII Fulminata, reinforced with units of III Gallica, IIII Scythica and VI Ferrata, plus auxiliaries and allies, a total of 30,000 soldiers, in order to restore order in the neighbouring province. The Syrian legion captured Narbata and also took Sipporis, which surrendered with no fight. The Judean rebels, who withdrew from Sipporis, took refuge at Atzmon hill, but were defeated following a short siege. Gallus later reached Acre in Western Galilee, and then marched on Caesarea and Jaffa, where he massacred some 8,400 people. Continuing his military campaign, Gallus took Lydda and Afeq and engaged Jerusalemite rebels in Geva, where he lost 500 Roman troops to Judean rebels under Simon bar Giora, reinforced by ally volunteers from Adiabene.
The Syrian legion then invested Jerusalem, but for uncertain reasons and despite initial gains, withdrew back towards the coast, where it was ambushed and defeated by Judean rebels at the Battle of Beth Horon – a result that shocked the Roman Empire leadership. The defeat of the Romans in Beth Horon is considered one of the worst military defeats of the Roman Empire by a rebel province throughout its history. Some 6,000 Roman troops were killed and many more wounded in the battle, with Legio XII Fulminata losing its aquila, as Gallus abandoned his troops in disarray fleeing to Syria.
When Florus brought up an additional two cohorts from Caesarea the Jews blocked the narrow streets with improvised barricades and took up positions on the flat roofs; from here they pelted the troops with a hail of missiles, forcing them to take refuge in the Palace. The dissidents now seized control of the Temple and the Antonia fortress. Florus, utterly discredited, slunk out of the city, as did Agrippa II after his warning Rome would respond to such defiance ‘by burning down your holy city and destroying your entire race’ was met with abuse and a shower of stones.

The Jewish trap closes on the Roman legionaries at the Beth Horon Pass - art by Peter Dennis
Withdrawing towards the coast from Jerusalem, the Romans were closely pursued by rebel scouts. As they neared the pass of Beth Horon, they were ambushed and came under attack from massed missile fire and arrows. They were then suddenly rushed by a large force of rebel Judean infantry. The Romans could not get into formation within the narrow confines of the pass and lost cohesion under the fierce assault. The equivalent of an entire legion was destroyed, with 6,000 troops killed, many wounded and the rest fleeing in disarray. Gallus succeeded in escaping with a fraction of his troops to Antioch by sacrificing the greater part of his army and a large amount of materiel. After the battle, the Jewish rebels went through the Roman dead stripping them of their armor, helmets, equipment, and weapons.
This major Roman defeat encouraged many more volunteers and towns in Judea to throw their lot in with the rebels. A full-scale war was then inevitable. Illustrations by PETER DENNIS. 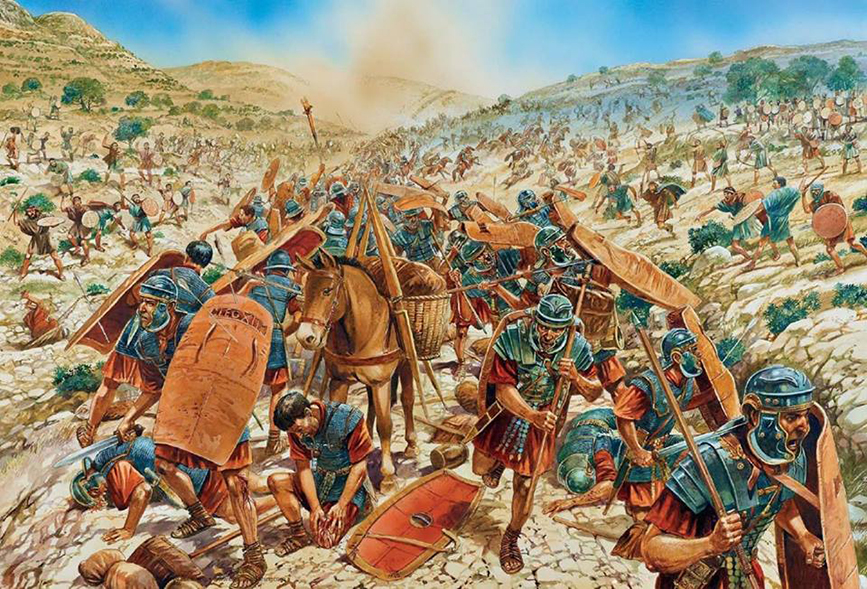 From 66 on, the legion IIII SCYTHICA was stationed in Zeugma, an important place on the river Euphrates, facing the Parthian frontier. It was still there in the third century.
More information about the location of these legions in the eastern part of the Roman Empire.
http://legio-iiii-scythica.com

By AD 66 the pass at Beth Horon was already the site of two famous Jewish victories; it was down this road that Joshua had routed the Amorites, and Judas Maccabaeus had defeated the Seleucids. The disastrous retreat in AD 66 was the greatest calamity the Roman army had suffered since AD 9, when Varus lost his legions, and his life, in the Teutoburg Wald in north-western Germany. (Bibleplaces.com)
Quotes from: Osprey Publishing The Jewish Revolt AD 66–74 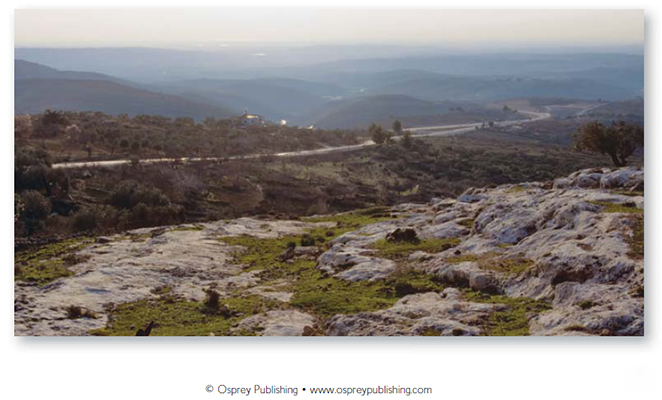 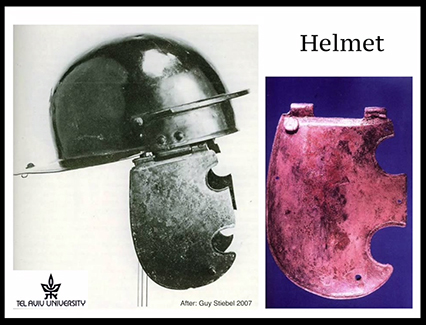 As for the equipment of Roman reenactors who will participate in a possible event of this period here comes the interesting part! Until now for this classic imperial period (the second half of the 1st century AD), it is assumed to be mass used equipment from imperial legionaries a model which is perhaps more characteristic for Trajan wars and this is mainly Gallic models helmets and segmentatas. 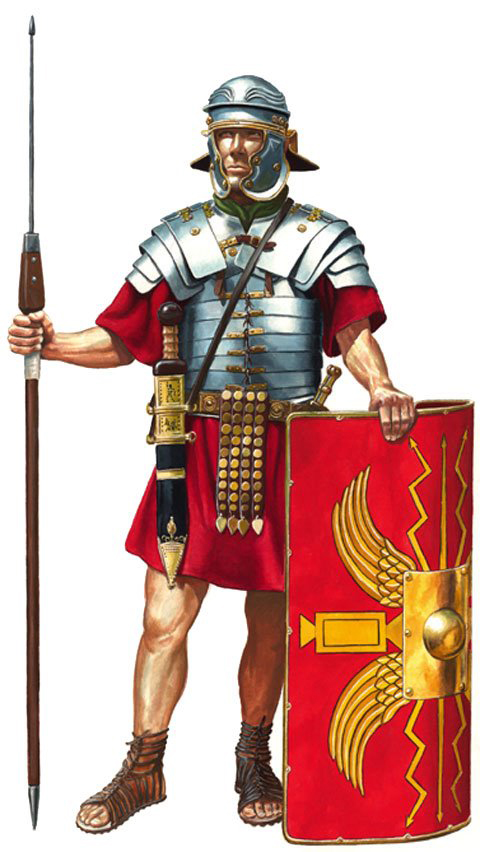 However, recent research and archaeological studies show a slightly different picture.
Until now it was thought that the Coolus model is not very topical for this period but several artifacts that relate to headwear were uncovered at Gamla, most notably a tinned cheek-piece directly associated with L. Magus’ panoply and a brow-guard, found outside the city’s wall, which exhibits battledamage marks. 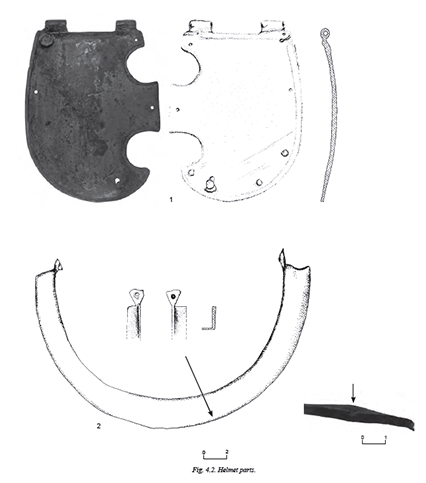 A clear case of a legionary’s helmet is that belonging to L. Magus from Gamla, a soldier of the legio V Macedonica. The striking resemblance between the Coolus-type cheek-piece from Gamla and the examples from Schaan, Lichtenstein may hint at a common production tradition or even similar workshops. This resemblance also appears to undermine the typology of helmets of the early Principate, suggesting a more heterogeneous assemblage, in which long-lasting designs continued in use along with newer types.
The assemblage from Area T retained, among other items, two exquisitely well-preserved helmet parts:a cast copper-alloy right cheek-piece and a browguard.
They both belong to the Coolus type (Robinson 1975:26–41), also referred to as the Haguenau type (Feugère 1994:81–85). The faces of the fine-quality fittings are both tinned, 8 exhibiting the Roman fondness for glittery and showy appearance. The tinned brow-guard acted as a reinforcing element of the copper-alloy bowl, protecting the helmet against cuts to the front. It was riveted at each end to the side of the bowl. The object has a right-angled section and tapers to the points of attachment, exhibiting triangular ends. Robinson suggested that brow-guards of rightangled outlines were produced in Italy (Robinson 1975:26, 31). Unlike the great resemblance to the cheekpieces of the so-called Coolus C, the construction of the type’s brow reinforcement differs from the Gamla specimen. It is very close to the reinforcing bars of the Coolus D and E (Robinson 1975: Pls. 46–47, 49, 59–61).
The added protection was seemingly intended to enforce the relatively weak structure of the bowls that were produced in spinning technique (Bishop and Coulston 2006:242). Examination of the brow-guard from Gamla showed that it was deformed, exhibiting a swell with a marked ‘scar’ that runs obliquely left to its midpoint (Fig. 4.2:2a). The cause for this twist was clearly a blow of an edged arm that came from above and left and was absorbed by the brow-guard. This relic from the fight that raged at Gamla concords well with the skeletal finds from Wisby, which exhibit distinct dominancy to cuts to the top left of the skull (Goldsworthy 1996:220–221; on head injuries, see Salazar 2000:13– 15). Indeed, many of Rome’s opponents used slashing,rather than thrusting, blows, which were practiced by the Roman army and presented optimal utilization of the two-edged sword with its prominent point (Veg. 1.12; cf. Goldsworthy 1996:217). 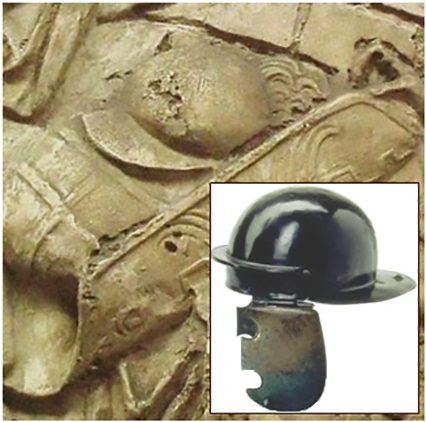 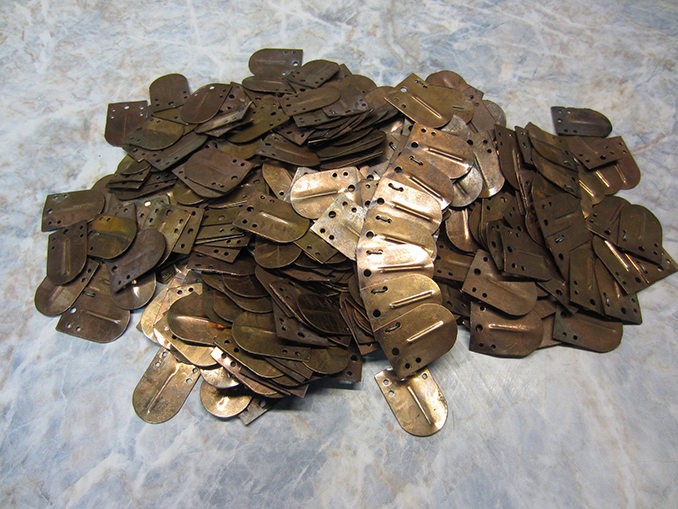 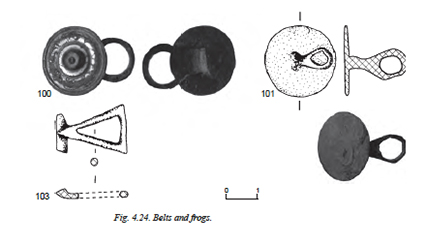 D (estimated) 42 mm; D of central hole 3 mm; Th 0.5 mm (and less); Wt 0.9+ g.
A copper-alloy washer embossed in a rosette design.The embossed petals are spaced around the central attachment hole, and vertical lines divide the spaces between the petals. The petals are circumscribed with three circles: the outer two are comprised of dots (1.5 mm each) and the inner circle is composed of embossed vertical lines (2 mm long). The object is very flimsy and part of its perimeter is missing. Such washers decorated the breast and shoulder plates of the lorica segmentata, and constitute a very common find in the militaria assemblages unearthed throughout the Empire.Parallels: Vindonissa (Unz and Deschler-Erb 1997: Pl. 31:637–657, mainly 641 with references); Longthorpe, England (Dannell and Wild 1987:89:22, Fig. 21 with references therein). Detailed publications in the Gamla III The Shmarya Gutmann Excavations 1976–1989 Finds and StudiesPart 1 Danny Syon.

Very comprehensive video on the subject. Scientific Conference in London University concerning and finds of Roman weapons in Judea.