For first time in Bulgaria we from Association for Historical Reconstruction, Scythia Minor, Μικρά Σκυθία, recreate event dedicated to our Common Ancient Thracian and Hellenic antiquity. Early in the morning for less then one hour we had to get equipped find the good spot and take some brief photos and then back to the center and start to prepare for the festival. The Goods from ancient Olympus bless as with wonderful weather sunny and warm. 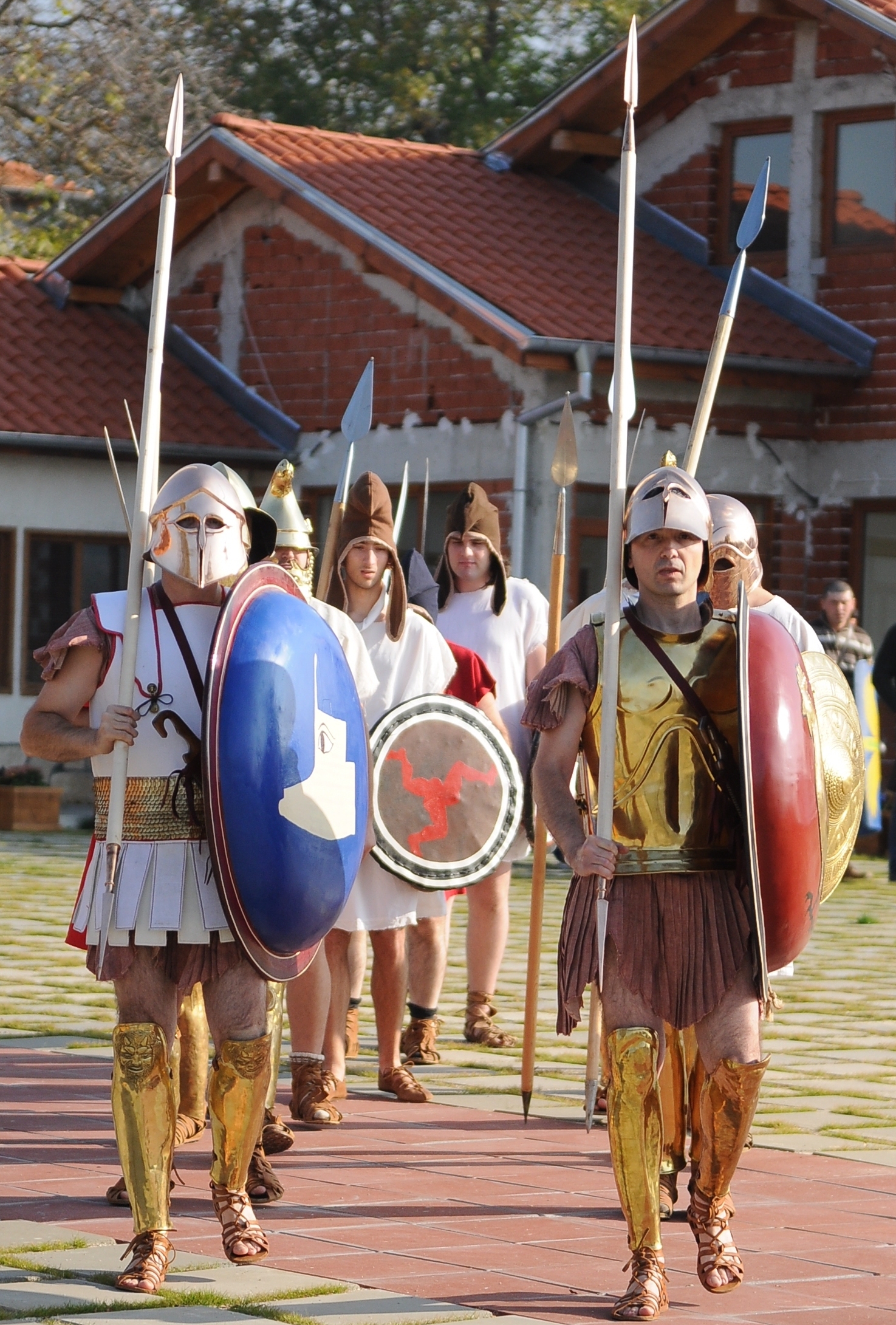 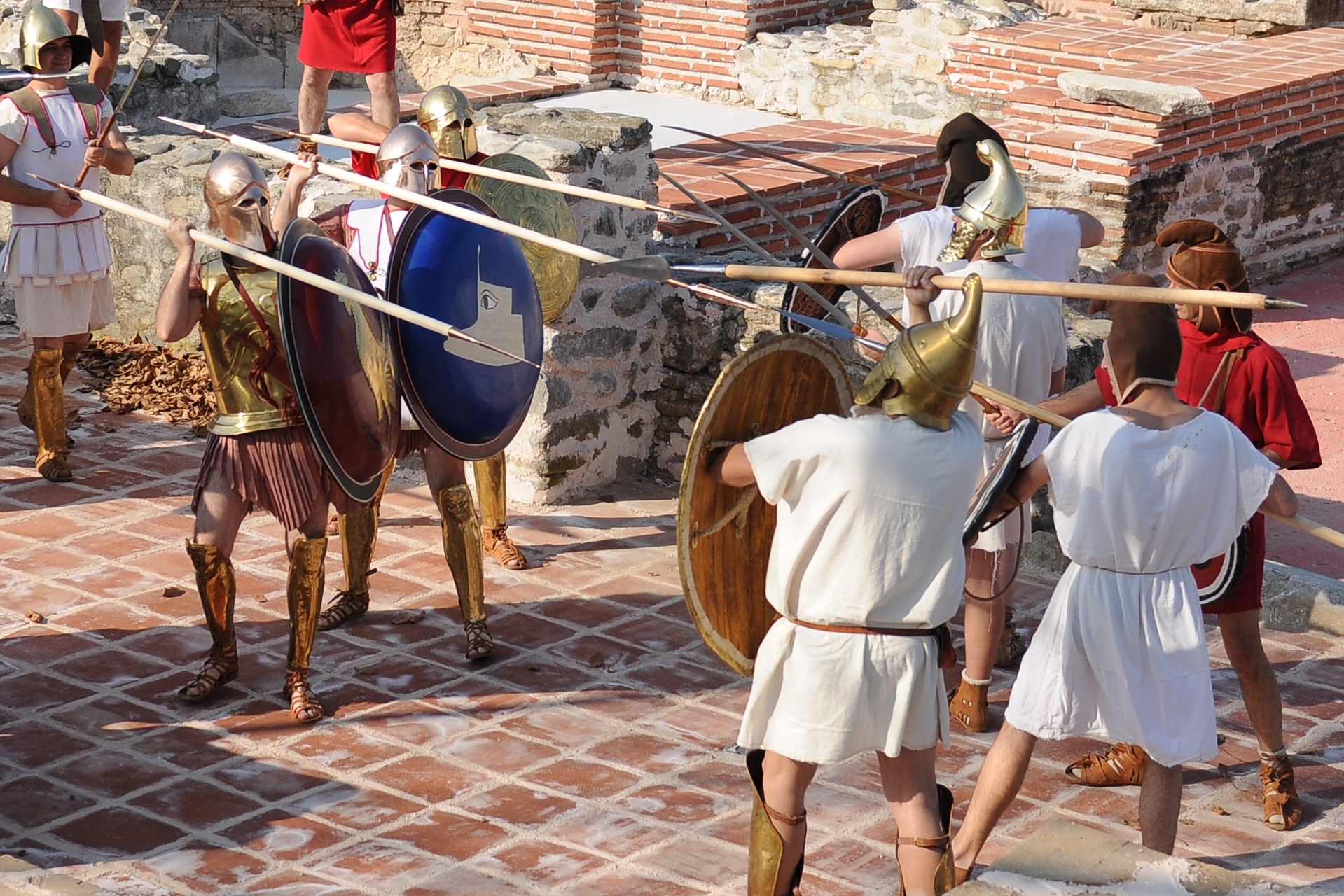 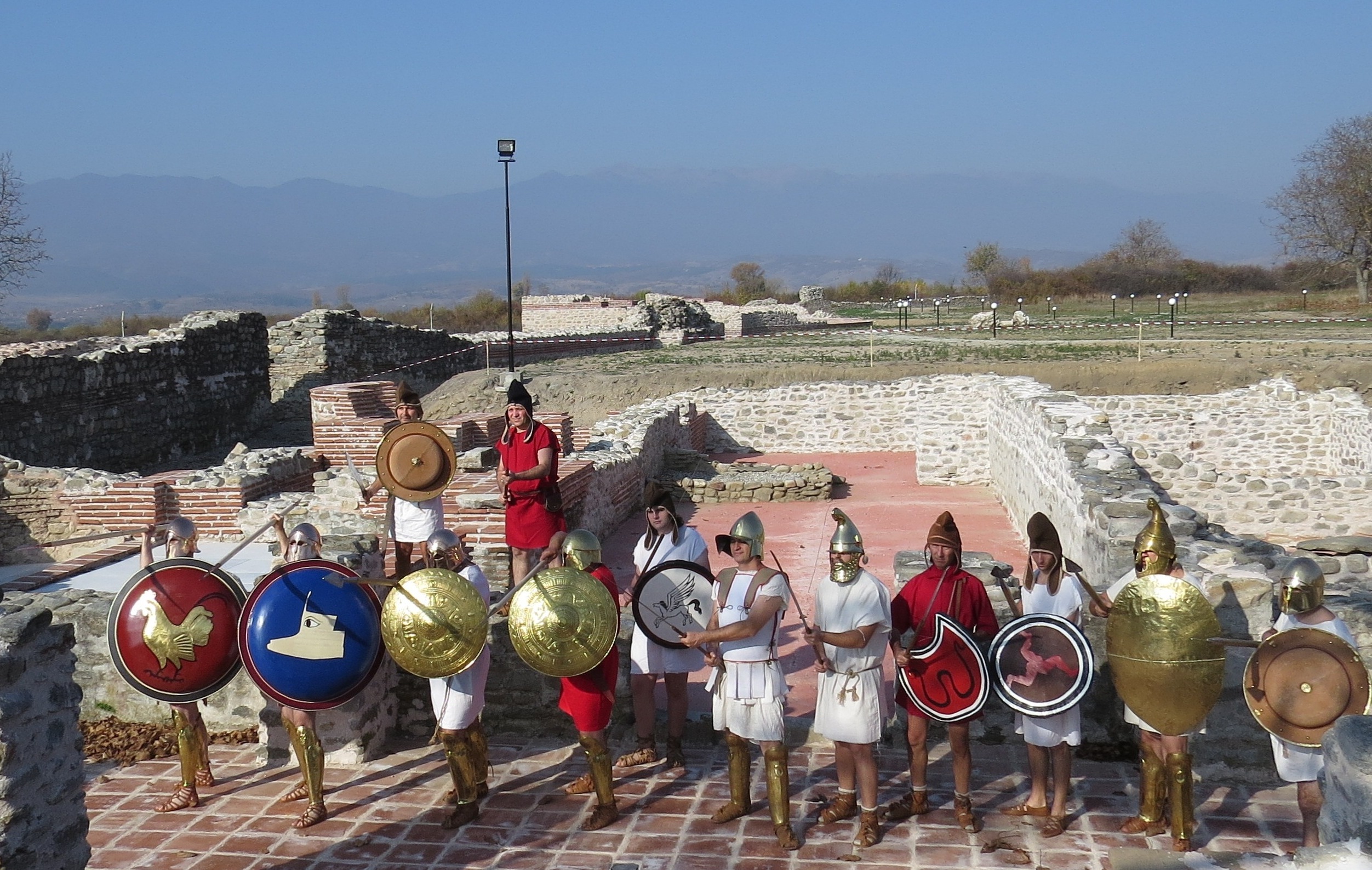 This re-enacting photo session was not in the festival program but we decided to take advantage and we have made some more steps forward to restore our pre roman history.
We are proud to say that now we have about 15 well equipped re-enactors which can recreate our ancient Thracian and ancient Hellenic history.

This Thracian Hellenistic reconstruction was a wonderful end to our re-enacting season 2013. Excellent opportunity for us to show on what level we are prepared for this early historical period. Combination of excellent weather and kind hospitality recall only good memory from this event.

This is what we know about the ancient polis Νικόπολις πρὸς Νέστον:
Artifacts lead the historians to suggest that ancient polis type settlement exited on this place since the Archaic historian period.
The unknown name of the town before the late 1st – early 2nd c.might be also quite accidental as there are not complete archaeological investigations, and some layers chronologically corresponding to the AD 1st – 2nd c. have not yet been reached.
The epitaphs and the votive inscriptions show that the town demonstrated permanent ethnic
characteristics till the 3rd c. – population of Thracian origins. Although hellenized, the Thracians were the prevailing citizens of the town.
All the inscriptions from Nicopolis and its area discovered so far have been written in Greek language. They describe the town as administrative, religious and tribal centre long before 106.
Before the roman period the polis has been known as Alexandropus, dedicated to Alexander the Greatafter after his ride in to ancient Thracian territories.