Association of Historical reconstructions Scythia Minor was invited to participate together with the hosts of Rimski dani u Vinkovcima - Roman days Event Croatian.
This Croatian festival is connected with the late antique history of the city Vinkovaca. There, together with our club participation was held a festival dedicated to the late Roman antique.Our club was entrust with the task to present late Roman warriors and their opponents for this historical period - the Goths. During this event our club presented life and clothing, military affair and equipment from the late Roman antique period. For the first time in Vinkovci was shown a historically correct, and well-equipped group for this late Roman period!
Vinkovci is birthplace of Roman emperors Valentinian and Valens.
The Latin name of the city is Colonia Aurelia Cibalae. It is well known in late antique history with the 4th century Battle of Cibalae, between the armies of Constantine the Great and Licinius, was fought nearby.
In the 1st century AD, Roman settlers founded Cibalae, which by the late 3rd or 4th centuries was the third largest town in the province of Pannonia. Boasting almost 10,000 inhabitants, its status was secured when it became the birthplace of two emperors, Valentian (r.364-375) and Valens (r.364-378).

Thanks to the opportunity our Croatian hosts in Vincovci (the antique Colonia Aurelia Cibalae ) we had the opportunity to take part in the role of a late antique group. I the Chairman of the Association have long wanted to recreate some of so popular and familiar to the numismatics reverses market by the late antique coins. I name this re-enacting participating LIVE NUMISMATICS. This happened quickly in the break between our festivals appearances. We did it by memory and did what we could (improvised). Vincovci is the birthplace of Emperor Gracian, who is the father of Emperors Valentine I and Valens

This is the reverse of solidus by Procopius REPARATIO FEL TEMP, 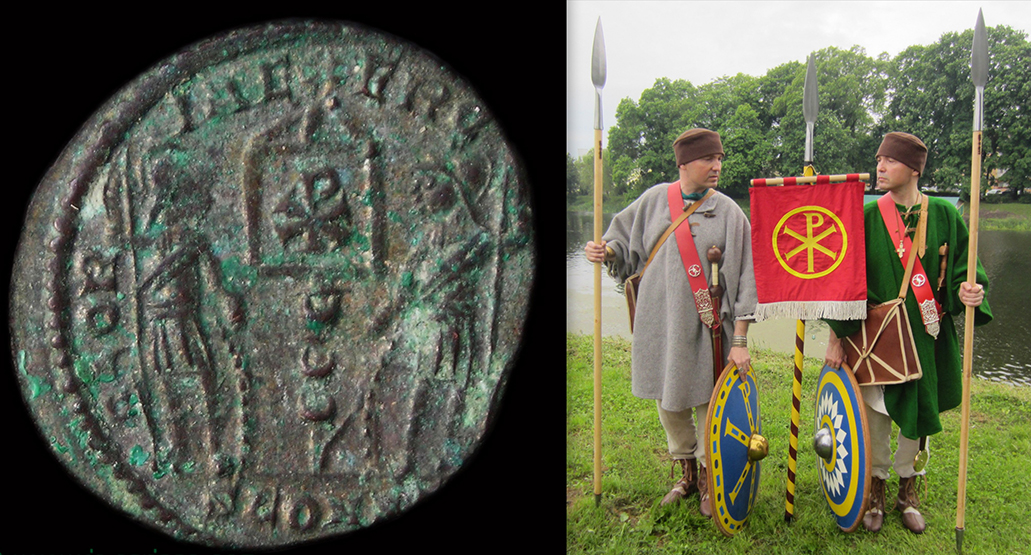 two soldiers holding spears and shields with one standard -labarum between them. Mintmark:S CONS 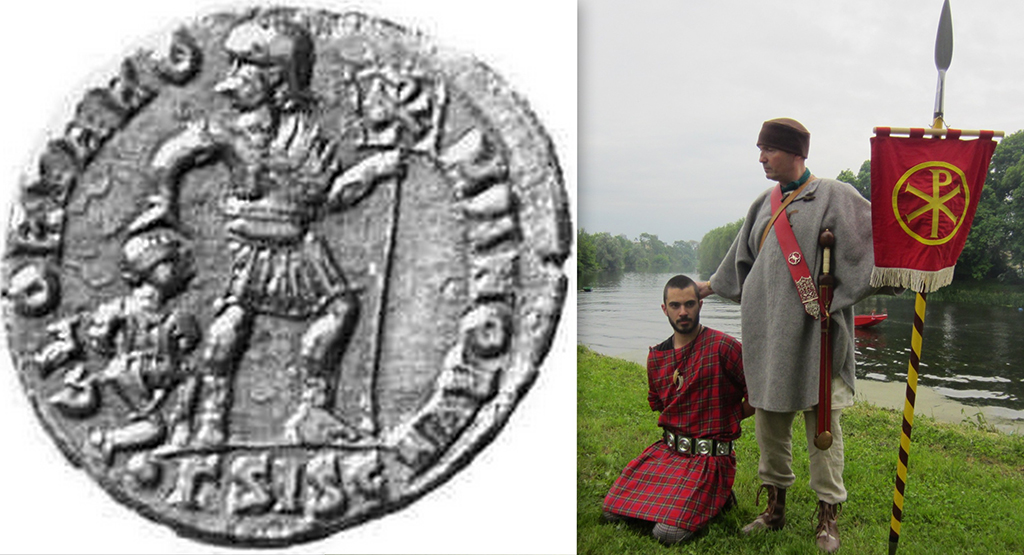 dragging captive behind him. Right field: A. Mintmark:Г SIS

This collage is from follis by: Constantius FEL TEMP REPARATIO,

resting left hand on shield, two bound captives in Phrygian helmets kneeling, facing each other before him. Mintmark RB